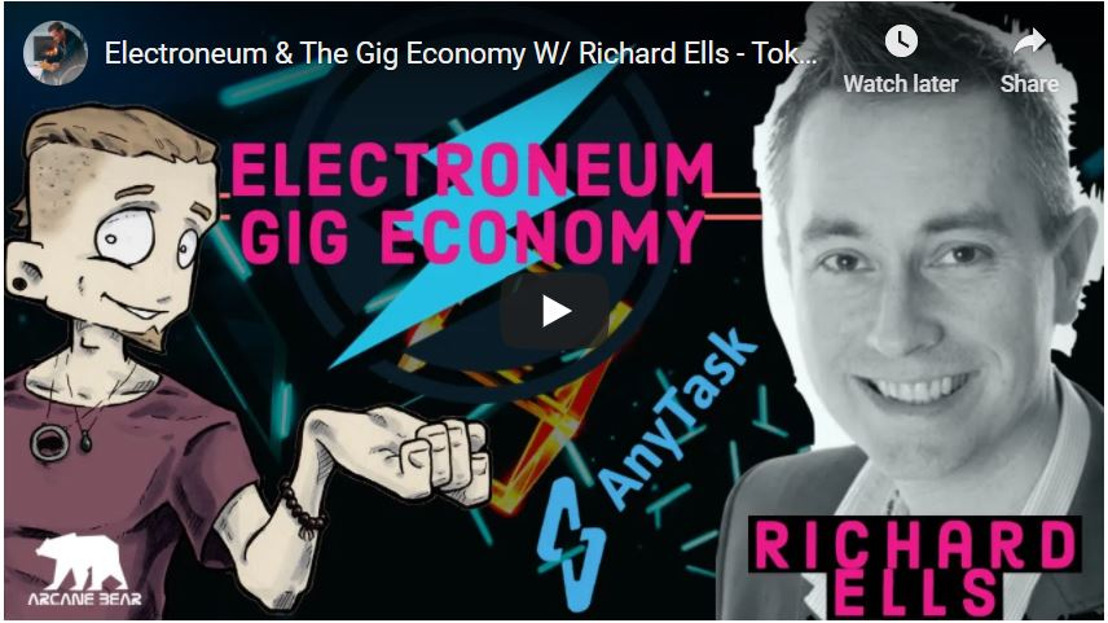 Arcane Bear’s host Tijo Bear has been doing crypto shows on YouTube since early 2017. He has nearly 27,000 subscribers and has just under 1.7 million video views across 547 uploads.

The Costa Rica-based YouTuber interviewed Richard Ells and kicked off the show explaining his professional background and the origin of Electroneum.

The Electroneum CEO described what AnyTask is and how this Electroneum-powered freelance platform represents a solution for people who are unbanked and financially underserved. He spoke of the fantastic talent in developing countries that are present on AnyTask.

Tijo agreed that there are significant intellectual assets in rural areas of developing countries of whom we know very little but that websites like AnyTask could help discover.

Richard explained ETN’s decimal places and why that is important for adoption. He also spoke of regulations and how Electroneum is prepared to comply.

Regarding ETNdonate, Richard told Tijo that it was set up in response to a request by NGOs who wanted one place where they could get ETN donations from philanthropists.

Tijo commented how pleased he was to see Electroneum giving back to the community and helping with financial inclusion.

“I love this conversation. I’m excited,” Tijo said. “AnyTask and how Electroneum users can purchase airtime minutes is brilliant.” He reiterated how exciting it is to see a crypto startup the solves real-world problems for a large part of the global population.