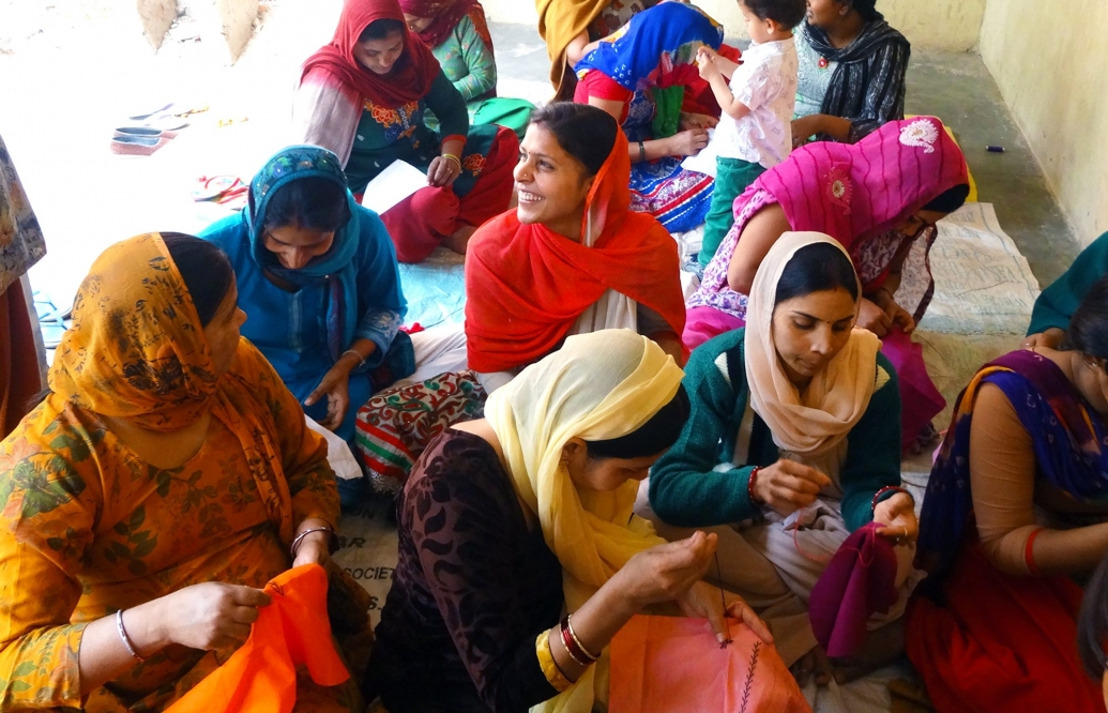 By Vinamrata Chaturvedi / Published by Coindesk

Thanks to a donation from the WONDER Foundation, a crypto-backed U.K. NGO, hundreds of girls like Queen can now see their dreams become a reality.

”I have got a smartphone and internet access, and now I can do online studies and surf the internet without spending a single penny,” said Queen speaking from Lagos, which is still under lockdown.

Cryptocurrencies are gaining momentum as a way to donate funds to non-profits. The number of charities accepting crypto donations has doubled in North America, Europe and Australia, according to the 2019 Global NGO Technology Report. Groups like the Giving Block, which worked on a CoinDesk charity campaign recently, help non-profits navigate crypto technology.

U.K. startup Electroneum, which runs a 140-country mobile payments network, has built charity directly into its business model. Since 2019, the network, which mines the ETN coin, has donated a portion of its block rewards to help fund 12 separate educational and community-building efforts.

I STILL DO NOT FULLY UNDERSTAND HOW THE PRICE OF A CRYPTOCURRENCY FLUCTUATES, BUT I AM HAPPY TO GET NEARLY $35,000.

Electronium signs up nongovernmental organizations as network validators, which then receive a block reward in the same way bitcoin miners receive satoshis for helping to secure the network. Electroneum’s target audiences are the economically weaker regions of the world, where the financial possibilities of cryptocurrency are most in need, said Richard Ells, the CEO and founder of Electroneum.

”The NGOs are mostly working with the unbanked population, and that is our target audience. Cryptocurrencies don’t have trust in many parts of the world, so if we help these NGOs, we reach out to the people and make them aware and they gain a little bit of extra income,” said Ells.

This sounds like a win-win-win situation: Electroneum gains users, charities receive funding and those who need it the most become part of a financial system. But it’s not easy to convince NGOs to become part of a novel economic experiment.

It is a normal reaction when the director of an NGO raises eyebrows on our proposal, Ells said. ”It’s too good to be true for them,” he said. The first step is to make them understand this is not a scam, the second step is to explain block rewards and mining, and the third is they are not losing anything, he said.

After months of conversation between WONDER and Electroneum, in July 2019 the foundation began validating the Electroneum network in exchange for ETN block rewards.

”I still do not fully understand how the price of a cryptocurrency fluctuates and who decides it, but I am happy to get nearly $35,000, which I would have never received from traditional donation methods,” said Gonzalez. Her foundation is also using Electroneum to help an Indian NGO called Kamalini, where she sent nearly $18000.

In addition to supporting NGOs, Electroneum is working on providing internet access to African and Asian countries. Electroneum wants ETN to provide electricity to four countries – Nigeria, Senegal, Mali and Gambia – and give the users Electricity top-up from the app, he says.

Students like Queens from Wavecrest College of Hospitality talk about the lack of electricity as a major hurdle in their studies. She checks the battery sign on her phone regularly and makes sure to charge up before any scheduled power cuts. ”Smartphones are not enough, we need infrastructure,” she said.

Rosana Forsuelo, the provost of  Wavecrest College of Hospitality, hopes for more help from the WONDER Foundation and Electroneum.

She doesn’t understand much about block rewards and says, ”Cryptocurrency is like bitcoin.” But she knows crypto is money.

”We got nearly $17,000, which we spent on food items, staff salary, laptops and smartphones. One of our security guards, Mr. Pius, got an emergency funding of $160 as he was thrown out from his house in the COVID-19 crisis. The funding from WONDER Foundation and Electroneum helped us a lot,” she said.

”But we need more funding as our staff needs to be paid. The lack of infrastructure is making the situation worse in the pandemic,” she said.