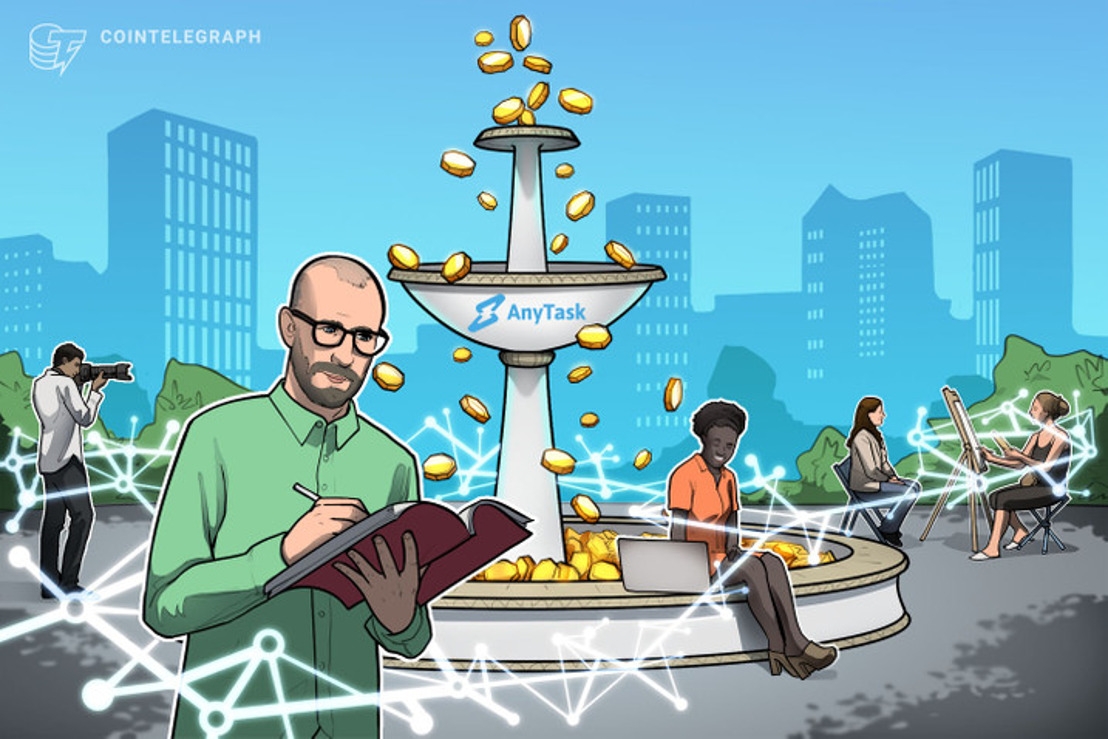 By CONNOR BLENKINSOP / Published by Cointelegraph

A crypto-enabled freelancing platform is taking on some of the world’s biggest brands — and says it treats hard-working talent far more fairly.

AnyTask is the brainchild of the cryptocurrency project Electroneum, and it underwent a launch in late 2019. Already, the company says it has had a positive impact on the lives of several freelancers.

According to AnyTask, a substantial number of talented individuals risk being frozen out of more established websites such as Fiverr, Freelancer.com, and Upwork because they don’t have a bank account — and even if they do, they can end up paying punishing fees once a contract has been completed.

Some of these companies take a commission of 20%, with PayPal taking another cut whenever a withdrawal is executed. To add insult to injury, freelancers can end up waiting two weeks before they have access to their hard-earned cash.

AnyTask says it allows freelancers to get paid minutes after a buyer has verified they are happy with the work. Better still, the platform doesn’t charge sellers any fees — meaning the freelancer gets to keep every cent of their earnings. Users are paid in ETN, a cryptocurrency that can be used to purchase mobile phone and electricity top-ups. The token is also accepted at more than 2,000 merchants worldwide — and this number is continuously growing.

The company says that its freelancers offer services across a diverse range of specialties, including logo design, blog writing, video editing, and virtual assistance. Although the platform is powered by crypto, buyers currently pay for services using credit and debit cards. According to the team, ETN purchases will be introduced shortly.

Executives at AnyTask say they’re proud to be offering the public a way to earn crypto that doesn’t involve mining — and believe this new platform could help drive levels of adoption in a way that hasn’t been seen before. The team notes that the freelance website boasts over 530,000 registered users and 15,000 tasks across dozens of categories.

It also cited figures showing that freelancing is currently undergoing an explosion in popularity. Right now, there are approximately 150 million freelancers worldwide who generate yearly revenues of $750 billion, and in just five years’ time, it is projected that there will be 540 million freelancers working in an industry that’s worth a total of $2.7 trillion.

AnyTask’s parent company, Electroneum, has also announced that it is working on a nonprofit educational resource that aims to help aspiring freelancers gain the skills they need to get jobs and earn ETN. The only tool they need is their smartphone.

All of this comes as the coronavirus pandemic continues to permanently change the way the economy works. Many companies have announced they plan to shut down their offices for good, meaning that employees will work exclusively from home. Others have announced job losses, and this has left some people looking for work on their own terms.

One of the freelancers who say their life has been transformed by AnyTask is Nikola Bobetic, a 17-year-old from Croatia. After first beginning to work on Fiverr, he switched to the crypto-focused platform and now says he has managed to corner an entire market for himself by offering home-automation installation services.

“Home automation enables people to control all their home appliances, including lights, fans, garage doors, coffee machines, and so much more with their mobile phones from anywhere around the world.”

Through the income he has earned on AnyTask, the teenager has been able to buy himself a brand-new 3D printer and textbooks for school, save for the future, and build up his CV.

As the world of work changes, cryptocurrency platforms are beginning to offer a compelling alternative to the status quo — with lower fees and faster payment times.

Disclaimer. Cointelegraph does not endorse any content or product on this page. While we aim at providing you all the important information that we could obtain, readers should do their own research before taking any actions related to the company and carry full responsibility for their decisions, nor this article can be considered as investment advice.