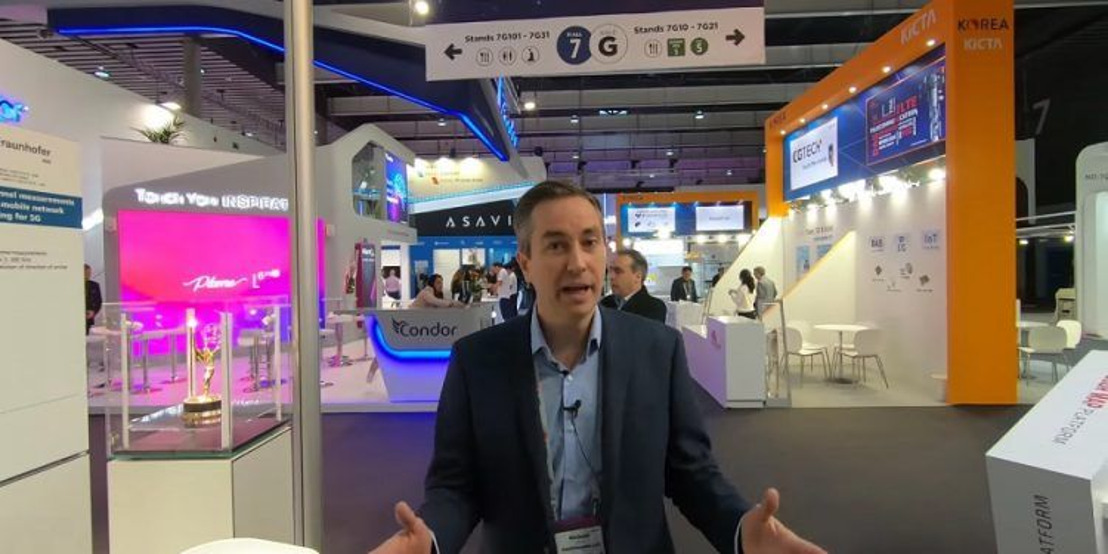 With one of the highest literacy rates in Latin America and the Caribbean, and over 30% of its population older than 18 years old owning a smartphone, Mexico is ripe for a digital revolution, said Richard Ells, founder and CEO of Electroneum, a British-based digital payments ecosystem focused in the developing world.

In an interview with EL UNIVERSAL in English, Ells considered that Electroneum could hook into Mexico’s new digital payment and collection platform Cobro Digital (CoDi) as an exit mechanism from cryptocurrency into Mexican pesos, recognizing the openness shown by the government of President Andrés Manuel López Obrador to financial technology, blockchain—the record-keeping technology behind cryptocurrency,—and mobile money.

Last month, Electroneum made headlines in the specialized press announcing the addition to its ranks of David Bull, former CEO of the United Nations Children’s Fund (UNICEF) in the United Kingdom.

Ells detailed that Bull will work with the most prominent international non-governmental organizations and corporations, in order to ensure that by 2030 nobody in the developing world “is left behind, unconnected and financially excluded.”

Are emerging markets as Mexico attractive for Electroneum and the cryptocurrency industry?

Yes, it is a hugely attractive market for both Electroneum and the entire cryptocurrency industry. The financial authorities in your country have already enacted cryptocurrency regulations. Bitcoin has been legal in Mexico since 2017. Unlike other Latin American countries, cryptocurrencies are already commonly accepted as payment in Mexico as well as in Argentina, Brazil, Chile, and Venezuela.

The reason why Mexico is so attractive to us is not just because a few months ago eight more crypto exchanges announced they are launching operations there, but because the government of President Andrés Manuel López Obrador has been very open to FinTech, blockchain, and mobile money.

López Obrador recently said some 60 million or about half of the Mexican population are unbanked. About 43 million Mexicans live in poverty as well, but in stark contrast your country has one of the highest literacy rates in Latin America and over 30% of those older than 18 years own a smartphone, making the country ripe for a digital revolution.

Mexico's president has also recently announced a project dubbed CoDi, which is a digital payment mechanism, specifically aimed at smartphones and specifically for the country through their central bank, Banxico.

Now, there is potential that Electroneum could hook into that system as an exit mechanism from cryptocurrency into pesos. The reason cryptocurrency works so well and specifically Electroneum in this instance is for the international remittance of value. The global north has high demand for digital skills and the global south has a massive workforce eager to earn additional income.

López Obrador suggested the 50% plus of Mexico that is unbanked would benefit greatly from CoDi, as it goes a long way to helping those people move funds around Mexico.

However, it does not immediately bring new funds into Mexico from outside of the country. And that is where Electroneum can help as it will bring greater prosperity to the local economies of your country through AnyTask, one of our major projects coming out in the start of 2020 which enables people to access the global digital economy and sell their tasks or “gigs”, as they are sometimes referred to, for funds from sellers from developed countries.

What are Electroneum’s goals after the addition of former UNICEF Chief Executive Officer in the UK David Bull to its team?

David Bull’s specific goal is to look at the integration with NGOs around the world that can help us make a difference in people’s lives. He will help raise our educational and commercial profiles among the most prominent international NGOs and corporations, unlocking the way to more partnerships with Electroneum that will help expand the real-world utility of our cryptocurrency as well as its mass adoption.

Bull has joined Electroneum because he believes that we stand out among the rest because we are highly innovative and disruptive in an already disrupted space. He is sure we can help ensure that by 2030 nobody is left behind, unconnected, and financially excluded.

We already working with globally renowned NGOs, including Ubuntu Pathways, WONDER Foundation, and Project Child. They have a proven track record of delivering long-term, effective assistance on-the-ground that for many years have helped children, women and their families from very early ages until they got jobs that help them break the cycle of poverty.

We have also developed a platform called TaskSchool, a not-for-profit educational resource that will provide people with education, with simple skills required to start earning an extra income via their smartphone. We aim to upskill people, who will then be in a position to improve their lives even more as they afford a laptop computer on which they can learn and create an even better job.

Speaking in general terms, where is the cryptocurrency industry heading next year, after the so-called “crypto winter” and Facebook’s Libra project?

Firstly, we welcome Facebook’s Libra project. They say “A rising tide floats all boats.” We believe Libra can help drive cryptocurrency mass adoption, which is our objective as well. We welcome all types of competition as there is a place for all legitimate crypto projects.

Regarding the possible flotation of crypto on the Nasdaq or a similar exchange, would you agree that institutional participation in the digital currency market is needed to strengthen the industry?

Institutional participation in cryptocurrency is fairly tricky because of the existing regulation. However, the regulatory environment is changing and becoming stronger every day. We have seen the “crypto winter” as the period in which institutional players might have been interested to get involved but were unable to do so due to poorly defined laws, unknown tax treatment, poorly defined custodial requirements, and many other factors.

However, as these hurdles are overcome and regulations are put in place, I once again refer back to the benefits of cryptocurrency being able to be embraced by institutional players.

What is the institutional participation in the British digital currency market?

It is important to point out that Electroneum became the first cryptocurrency in the world to embrace KYC (Know Your Customer) and AML (Anti-Money Laundering) regulations. We did it because we know we need to build trust before major organizations and corporations even bother listening to what we have to say.

Would you agree that blockchain technology needs some improvements to avoid hacks and fraud?

There is always room for improvement. Electroneum launched an upgrade in July implementing our unique Moderated Blockchain, powered by our proprietary Proof of Responsibility protocol. By adding a centralized layer to our decentralized network we were able to become one of the most secure cryptocurrencies in existence.

We have never suffered a breach of security. We will continue to upgrade and improve our network because security needs to be optimal to contribute along with regulations to building the trust that corporations, governments, financial institutions, and the people need to feel safe using crypto.